Parents are becoming increasingly concerned widespread cuts to our education system, so it’s no surprise that reports are showing that more children than ever are using private tutors.

Headteachers have warned that this boom in private tuition isn’t just causing the market to spiral out of control, but could negatively children. But at GT Scholars we wondered how relevant their concerns are:

Previously a private tutor was considered something that purely for affluent middle-class families, but the recent explosion in after-school tuition is actual down to families with a more modest income.

Growing fears that gifted and talented children are not being challenged at school mean that parents on low incomes and ethnic minority families are making significant sacrifices so that their children have access to private tuition.

If anything the use of private tutors could give underprivileged children a better chance to gain equal footing. There have now been calls for means-tested assistance for tuition as this could prove beneficial to everyone involved.

Many headteachers have come out against private tuition by insisting that extra studying, particularly using a home tutor, can actually put a dent in a child’s confidence as well as put increased pressure on them.

But it would seem that students, particularly those with a growth mindset, actually find that time spent with a private tutor has actually increased their confidence – with many going on to achieve higher grades than they were predicted.

Many headteachers are claiming that because home tuition is an unregulated industry the prices will skyrocket as demand the service increases.

It’s true that prices at more high-end tutoring services such as Holland Park Tuition have risen to as much as £58 an hour, but most private tutors are more affordable.

The Good School Guide advises that the average cost of a private tutor per hour was £40, with some private tutors starting their prices at just £15 per hour.

Some headteachers are concerned that some private tutors could be taking advantage of parents that are concerned for their children’s education.

They’re particularly worried that less-affluent families are spending money they don’t have, when most schools have access to a “pupil premium” that can be used to help fund extra one-to-one tuition for deprived pupils.

However, parents have found it difficult to arrange this extra tuition and many headteachers have admitted that schools cannot always give children the individually tailored help that they need. Overall it would seem that while headteachers’ fears aren’t entirely unfounded, worries that the private-tuition industry has spiralled out of control may be premature.

The GT Scholars programme works with young people from a range of backgrounds helping them gain excellent grades at school, get into top universities and enter competitive careers.

We charge means-tested fees to ensure that young people from lower income homes can access our programmes. To find out more about how we support young people through our courses, workshops and programmes, visit www.gtscholars.org. 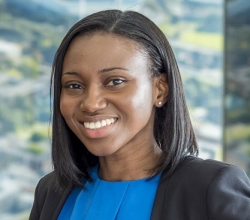 Temi Kamson
Founder & CEO at GT Scholars CIC
Temi Kamson writes and speaks about growth mindset, resilience, social mobility and educational equality. She hopes for a world where more young people from low income homes gain access to high income careers. She has a PGCE in Mathematics Education from the University of Cambridge. She tweets at @temikamson