Should We Focus on Schools or The Home to Improve Social Mobility?

With a leadership election and a cabinet reshuffle looming, the Secretary of State for Education, Damian Hinds MP’s speech at a Reform event last week on social mobility will likely be his last. It continued to be shaped around his flagship “seven key truths about social mobility” that he pioneered while chair of the All-Party Parliamentary Group on Social Mobility. It focused on five areas of disadvantage: ethnicity, language, place, the home and childhood adversity. Most significantly, Hinds placed emphasis on the influence of the home (“the last taboo in public policy”) that he had noted a year previous as having the strongest influence on disadvantage. But what was new in this speech, what will be the legacy of Theresa May’s Government on social mobility and where does the future lie?

Home is where the disadvantage is
A heavy emphasis was placed by Hinds on early-stage development – if, what and how children are taught in the home via their parents. Hinds used an eye-opening statistic: Children who experience parental disengagement at home are the equivalent of nine grades lower across eight GCSE subjects than their peers. The promise on how this will be resolved was an ambiguous, but not “patronising and lecturing” programme to help support parents that will arrive in July. This follows on from Hinds’ promise last year, made during his first few months as Secretary of State for Education at the Resolution Foundation, that the development of apps to help parents create a home learning environment for children would be encouraged. The result of that reached its first stage in February 2019, where parents in 12 pilot areas across the country were given interactive learning tools and tips via text message to help support their children’s early language and literacy development.

There was also a heavy emphasis on mental health, with Hinds celebrating the increased attention given to the issue across all cross-sections of society. Mental health is a much-needed area of focus that has also been given heavy significance by the review of the Government’s Children in Need policy paper, which focuses on the most vulnerable children. Measures announced to support children included a plan to ensure new teachers in England are trained in how to spot the early warning signs of mental illness, with better sharing of information between councils and schools and tackling of absence and exclusions.

The elephants in the room
Yet the elephants in the room were apparent: positive and encouraging moves in early stage development and mental health are only being hindered in other ways. Hundreds of children’s centres which are key support systems for disadvantaged families and key environments for early investment in children are being closed across the UK as a result of cuts to council funding. Total school spending per pupil has also fallen by 8% between 2009-10 and 2017-18, and schools have only been too vocal about the limit this has placed on support staff such as school counsellors in what has been deemed a “mental health crisis” in schools.

Too cool for school
While Hinds is correct when he states that “schools cannot do everything”, they are just as character-forming and as developmental a space as the home. When schools remain underfunded, they won’t be able to even meet the margins of their responsibilities towards disadvantaged students, and most importantly the generations of disadvantaged students of today who are too late to garner the benefits of early development initiatives. Without adequate levels of funding for schools and local councils, the positives of the Government’s measures will only be cancelled out.

This is viewed only too clearly through the establishment of the Pupil Premium, brought in in 2011 as a grant to help schools in England decrease the attainment gap for the most disadvantaged children. Despite this, school funding has been cut back since 2010 and according to Education Datalab, in 2017, the attainment gap between the long-term disadvantaged (those on Free School Meals) and other groups grew.

There is also the argument used by the All-Parliamentary Group on Social Mobility in its 2019 report, ‘Closing the Regional Attainment Gap’, that stated that evidence was growing behind the stance that the “single most important factor” in raising a disadvantaged pupil’s attainment is the “quality of the teacher providing the instruction”. Hinds’ “seven key truths about social mobility” also points to the fact that education can break the multigenerational cycle of disadvantage and that the most important factor in education is the quality of teaching.

But schools in England continue to face teacher shortages, with teacher-pupil ratios rising from 15.5 pupils per teacher in 2010 to 17 in 2018. Teachers also face heavy workloads, and many Science & Maths teachers were found to not have the relevant degrees. While the Education Endowment Foundation recently published new guidance for schools on where to invest the Pupil Premium and identified investment in teachers as the first tier of investment, this is limited to primary and secondary education. The needs of higher education and specifically colleges, which a high proportion of disadvantaged students attend, are neglected.

The two sides of progress
There have, of course, been steps made towards social mobility in the past year, most notably the commitment made by UK universities to invest in programmes aimed at widening access, which Hinds challenged them to last year. There has also been an increase in awareness and interest towards apprenticeships and further research commitments to understanding social mobility and its web of influencing factors. Hinds’ commitment to exploring this web of factors – the complex interplay between home and school – is a positive and encouraging approach to social mobility rather than just being purely focused on academic learning. However, focusing on one to the detriment of the other is an injustice to the millions of disadvantaged students in underfunded schools today, and replacing positive initiatives solely with apps is an injustice to the millions of disadvantaged families both in the present and the future.

Shortly before Hinds’ speech in April, the Social Mobility Commission’s annual ‘State of the Nation’ report rang loudly in the ears of all working towards social mobility with its statement that social mobility has remained stagnant for the past 4 years. As Theresa May exits No 10 with her legacy of £27bn for education in the next spending review in tatters, and the sound of leading man Boris Johnson’s pledge to ensure every secondary school in England receives at least £5,000 per pupil (despite the fact that schools are already supposed to receive a minimum of £4,800 per pupil), it remains to be seen whether progress on social mobility will be music to the Government’s ears in the future.

GT Scholars is a not-for-profit social enterprise and registered charity. Our after-school tutoring, mentoring and enrichment programme is designed to help young people aged 11-18 achieve their academic and career aspirations. Visit our website if you’d like to know more about the GT Scholars Programme and how you can make a significant difference in young people’s lives. 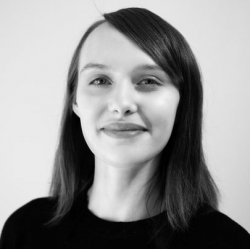 Sarah-Jane Tollan
Sarah-Jane has a BA in English from the University of Cambridge. She is interested in social policy with a specific focus on education and in her spare time she enjoys learning languages and practising martial arts.